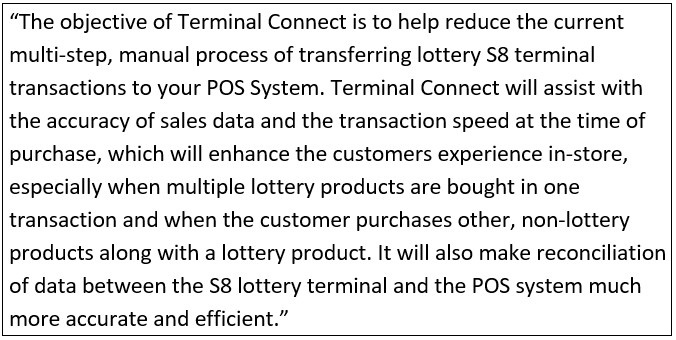 Nowhere does it say that the system will not accurately produce a transaction slip through a POS system which correctly identifies all ISI sales. Therefore, the detail included in a transaction slip produced through a POS system connected to Terminal Connect can be wrong and the promised ease with which reconciliations can be completed is illusory.
NANA’s advice to Members is to double check a multi ISI’s terminal transaction slip against a sales slip produced through their POS system connected to Terminal connect. You may notice results like those below (the second of which) which clearly demonstrate the problems and confirm the POS sales slips may not accurately record the sales. 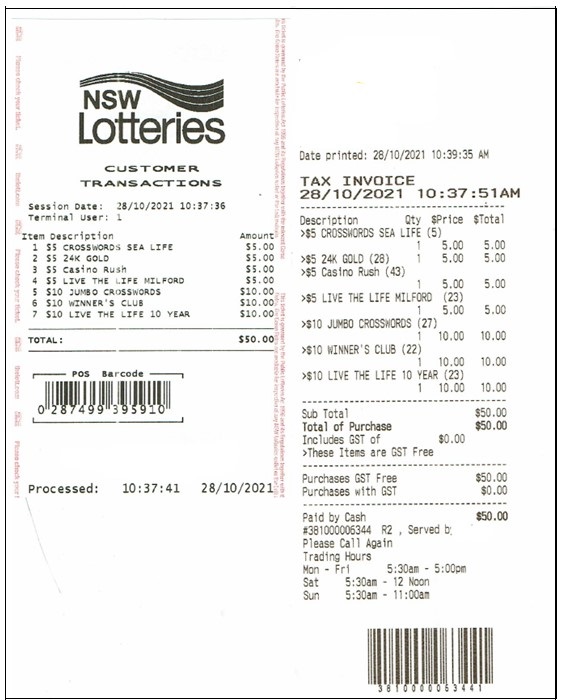 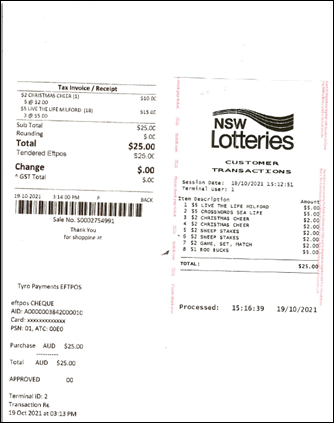 At the end of the day, a manual reconciliation system should provide an accurate reconciliation of all lotteries products sold including ISI’s.
NANA Members who have been promised an accurate system by their POS provider are advised to contact the provider and ask for an explanation why the system doesn’t work.